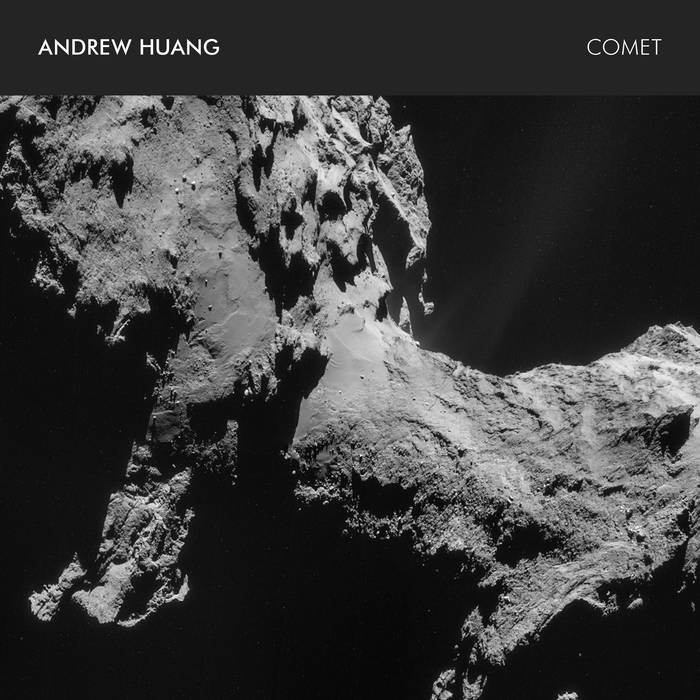 Mia Rischmann Cause its space music! Favorite track: Across The Universe.

On November 11, 2014, the European Space Agency shared a recording of mysterious oscillations coming from Comet 67P/Churyumov-Gerasimenko. These were captured by their Rosetta satellite, which after a ten-year journey reached the comet some 510,000,000 kilometres from Earth.

Coming across this recording sent my dual passions of music and outer space into a frenzy that led to the creation of this album in three weeks.

All the tracks on Comet were produced using only samples from the ESA's recording, manipulated to varying degrees. Effects common to all music producers (equalization, compression, reverb, flanging, distortion) were employed to shape the audio aesthetically, but my vocal performances are the only other source of sound added to these songs.

With some pitch shifting (a negligible amount compared to the 10,000x by which the original 40 millihertz oscillation was sped up) I was able to transform the recording into sounds resembling plucked strings, kick drums, and buzzing synthesizers. By subtracting different frequencies I was further able to produce claps, snares, and hi-hats. On some tracks I used more advanced granular synthesis techniques to shape a 1-millisecond sample into rich bass and lead lines. I detail all of my processes in this video: youtu.be/ioAYxC6iqLs

Lyrically, I did choose to deal with the cosmos a bit. “Across The Universe” might be my favorite cover I’ve ever done, and space references abound in many other tracks. But I also wrote about love, sex, motivation, music itself, and a surreal dream of racing spacecraft with David Bowie.

The songs span a patchwork of genres - pop, hip-hop, reggae, and acid house are definitively touched upon - but the limited auditory starting point also forces new forms to be created, and we come to a particular sonic palette: hollow, mellow, spacious, dark, precise.

Much gratitude and respect to the scientists whose work allowed us to hear these strange vibrations. It’s a beautiful cosmic miracle.

Due to the pronounced bass frequencies in many of the album's tracks, laptop speakers are not recommended. Please use higher quality speakers or headphones.

Written, recorded, and produced by Andrew Huang.
"Across the Universe" written by Lennon/McCartney.